HOW TO RECOGNIZE & DEVELOP LEADERS ON YOUR SOCCER TEAM 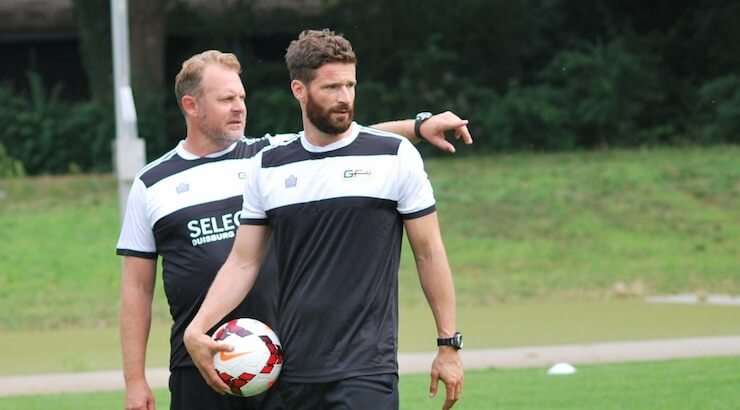 How to Recognize and Develop Leaders on your Team? Learn from Germany’s World Cup Player

Arne Friedrich is a German football legend — the former defender who played 82 times for the German National Team and was the Coach/Manager of Germany U18 National Team. He also played in the MLS, earning Chicago Fire 2012 Defender of the Year. Eddie Loewen is the Director of Coaching of Dunedin Stirling Soccer Club — the GPS Tampa Bay Affiliate of FC Bayern Munich. Loewen, also a former German pro and Friedrich are partners in GFL SOCCER and passionately connect American youth soccer players with their homeland’s top academies.

In the highly competitive soccer world, the ability to lead is critical. Actually, the ability to be an effective leader is necessary for success in every field. There are more best-selling books on the topic of leadership than you can count — but how many are written by former top World Cup stars? Developing the next generation of soccer professionals is an important responsibility. And, team sports, more than anything else, provides the tools for a lifetime of success on and off the pitch.

UNLEASHING A PLAYER’S POTENTIAL REQUIRES THE ABILITY TO DEVELOP LEADERS.

READ MORE: HOW TO RECOGNIZE & DEVELOP LEADERS ON YOUR SOCCER TEAM